How do influencers help Adidas to increase sales?

Adidas plays well enough with its brand keywords -- “possibilities”, “achievements”, “something new”, “impossible is nothing” etc.

It feels like there is no distance between the brand and the consumer.

However, this is only partly true. New ad integrations between influencers and Adidas serve as proof that the industry is changing. 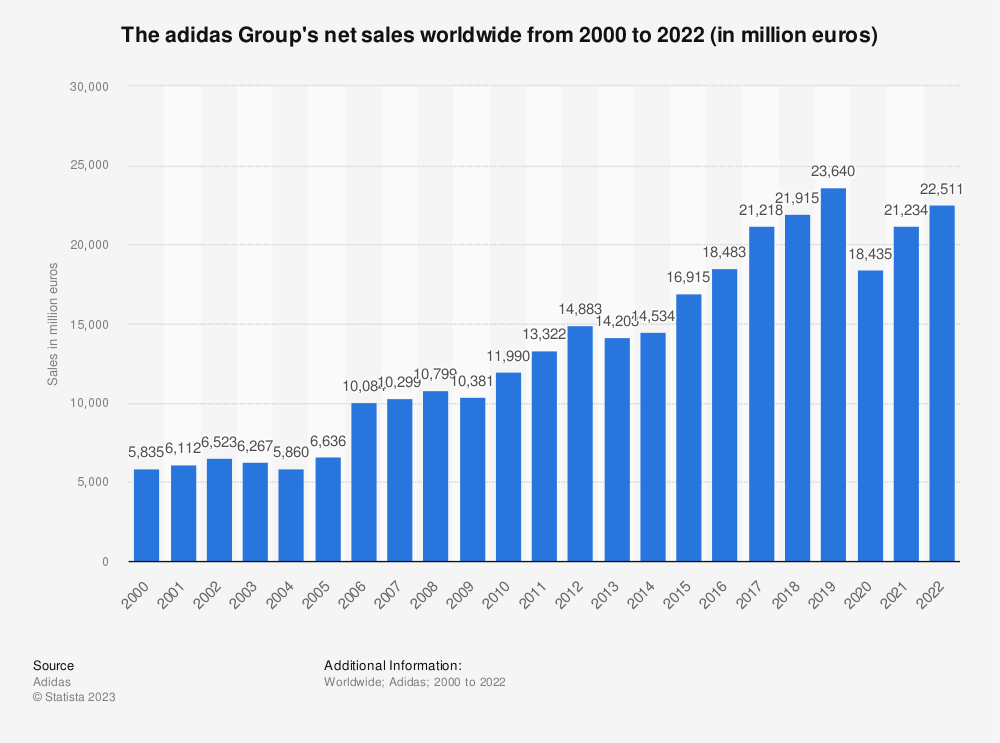 When promoting its products, the brand uses proven strategies like collaborations with powerful influencers, as well as new, non-trivial moves. It is also important to note that Adidas successfully combines its classic values with the current lifestyle.

Let’s have a look at a few examples. It is obvious that athletes share the company spirit and values more than anyone else, but today it is possible to garner attention from influencers, who are quite far from classical sports.

Adidas publishes motivational videos with various public figures on its YouTube channel. Here's how the company explains the choice of one of the heroines -- Alexandra Trusova saw the possibilities in becoming the first woman to land three quads, inviting us all to see the possibilities in landing our own “firsts.”

Alexandra is a young athlete, and a little over 20 thousand users watched the video with her. Of course, it did not bring strong ad conversions to Adidas, but the company can always say that we not only earn, we honestly promote our ideals.

Here comes another case -- a collaboration with Ninja, an influencer and a popular gamer. Adidas chose him because “Ninja saw the possibilities in change. That a gamer can be an athlete. And sport and minds can be changed, forever”.

The video was published at about the same time as the video with Alexandra Trusova. In less than six months, it scored more than 17 million views. In general, Ninja has over 24 million subscribers on YouTube. And if you add up the fans from Twitch (16.9 million), then the choice of Adidas seems more than justified. This collaboration will contribute to both sales growth and brand awareness, and brand promotion among a young audience.

Going beyond the classic integrations

We have recently discussed influencer marketing as something new, but the examples of collaborations like Adidas + Ninja show that this is more of an established rule of the game than an innovation. Adidas' collaborations with micro-influencers can be considered a truly new move. Each of us has friends who have about a thousand followers on Instagram. This is already enough to become a partner with Adidas.

Here's an example of a campaign that took place in NY a year ago. We don’t know how Adidas chooses influencers, but this was not a conventional advertising partnership in the classical sense.

Adidas made billboards with the influencer’s Instagram handle and a tailored message, along with a message to head to their local store to pick up their pair of P.O.Ds.

The company claimed to not pay influencers for this integration. The aim was to get them into these shops, give presents and be publicly thanked.

The advertising campaign resulted in publications in micro-influencers social networks using Adidas hashtags and photos of the received goods. The campaign was recognized as absolutely successful, and it was promised to be repeated in other cities across the United States.

In our mind, these few examples of cooperation are extremely interesting and deserve the attention of both marketers and creators from other companies.

Most importantly, what Adidas shows us is that you don't have to be a superstar to have a partnership with big brands. On the contrary, a few thousand followers on Instagram may be enough for mutually beneficial cooperation.

This is an important motivation for creators to look for brands that share the same values, and brands can build successful marketing strategies without always resorting to the services of superstars.